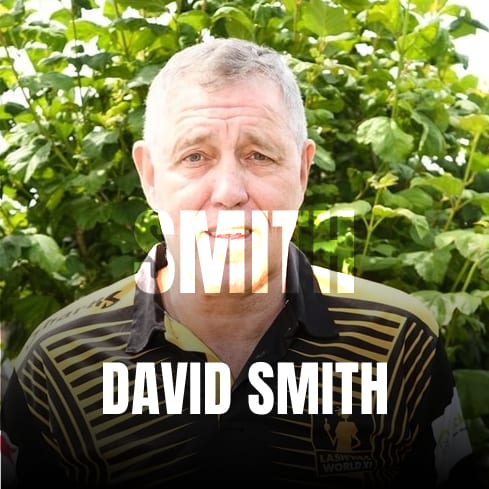 Now starting his sixth year as our manager, Smithy is a former England, Surrey, Worcestershire batsman who was playing Twenty20 shots well before the format was invented, marrying elegance with brute force to devastating effect.

Embarked on a successful business career after retiring, but still found the time to race cars and play in goal for the Lashings football team.

According to legend, Smithy once scored a century in a Nat West Final, although these rumours remain unconfirmed, as it’s a subject he’s reluctant to talk about. 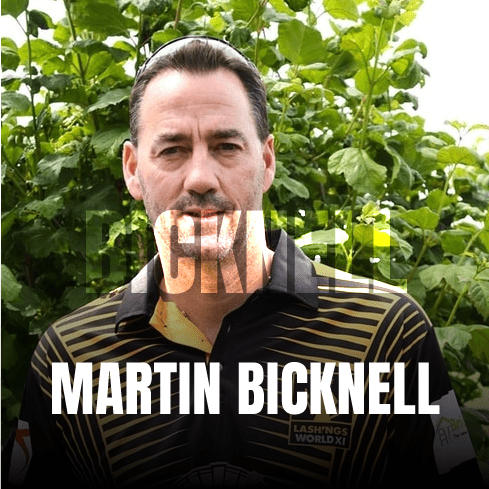 Known as “Bickers” to his team mates and “Darren” to Henry Blofeld, the skipper is a Surrey legend who took well over a thousand wickets during a first-class career that spanned 20 years.

Had the bizarre distinction of earning an international recall a full decade after his first stint with England.

On a shortlist of one for the award of “Greatest Cricket Haircut Of All Time” for his swept-back 90s barnet. 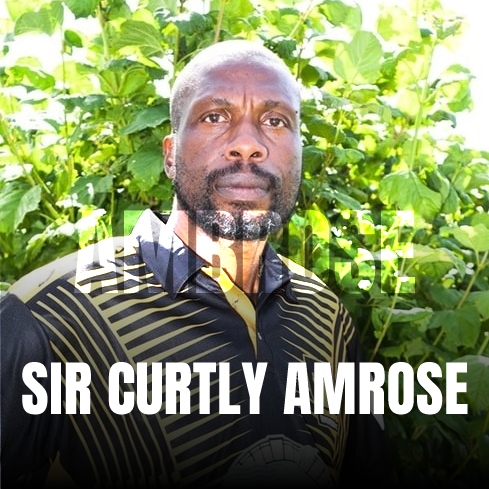 In an era of terrifying fast bowlers, the spectral Sir Curtly was arguably the most frightening of them all, a lethal blend of pace, pomp and power, topped off with a theatricality that arguably hasn’t been bettered.

Claimed 941 wickets during his career, including 405 in test matches, with a further 225 in ODIs. 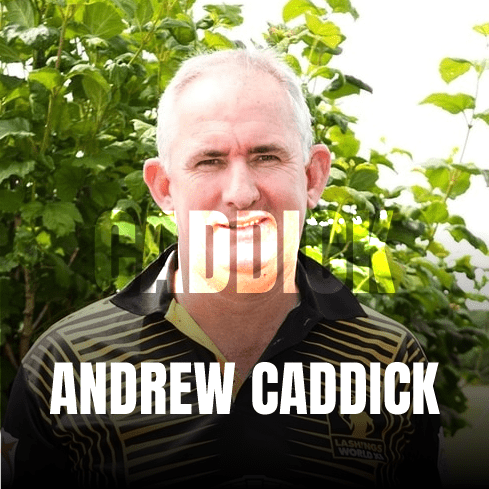 There were times during Andrew Caddick’s career when it was almost possible to see the steam rising from his ears, like a Red Indian smoke signal, alerting the batsmen to imminent danger.

Frequently channelled this anger to lethal effect, taking 234 wickets for England and breathing life into the national side’s expiring corpse in the late-90s, paving the way for the heroics that followed. 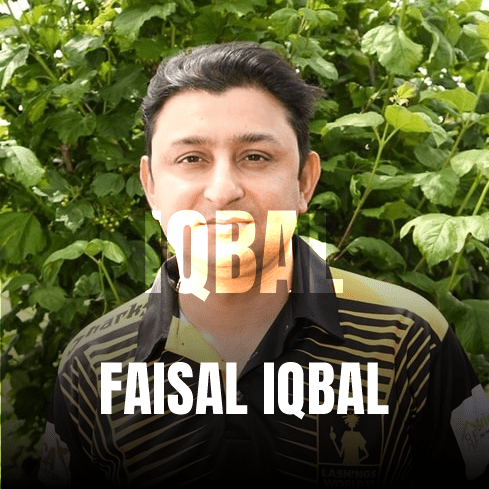 Courageous Pakistan bastman, known for keeping his head when others all around him were losing theirs.

Averaged 39.64 in first class and is perhaps best remembered for his test-winning 139 against India in 2006 and a swashbuckling 83 from 85 balls against Australia in the first test 2002, against an attack that included an increasingly agitated Shane Warne. 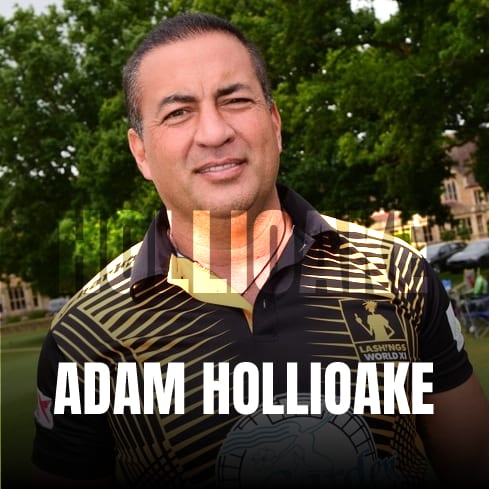 Another key member of England’s late 90s renaissance and the first ever specialist ODI captain, “Smokes” was a prolific all-rounder who injected a new mindset into the national team, as well as captaining Surrey during one of their most successful eras.

After retirement he moved into Mixed Martial Arts and if you ask him about specific episodes in his career he’s likely to say: “I used to get hit round the head a lot.” 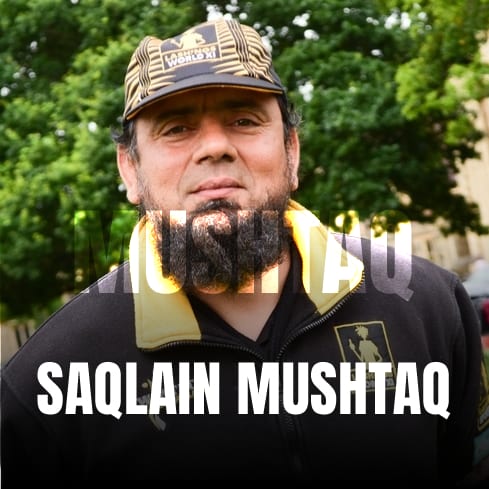 The legend who walks among us, inventor of the Doosra and a man capable of giving batsmen twisted blood during a career that saw him claim 833 first-class wickets, including 288 for Pakistan in ODIs and a further 208 in test matches.

Part of England’s World Cup 2019 winning coaching staff, Saqqy still found the time to play for us last season and if his Doosra doesn’t get you, his film-star charisma will. 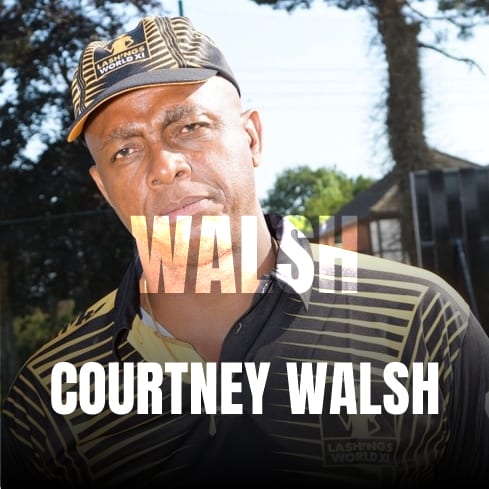 One of the very finest bowlers ever to bestride a cricket ground, he claimed 519 wickets during his test career, through a combination of pace, intimidation and sheer class. Has mellowed in retirement, although dropping a catch off his bowling isn’t recommended, given that a single one of his Paddington Bear stares makes Alex Ferguson’s hairdryer treatment seem like a trip to a pampering spa. 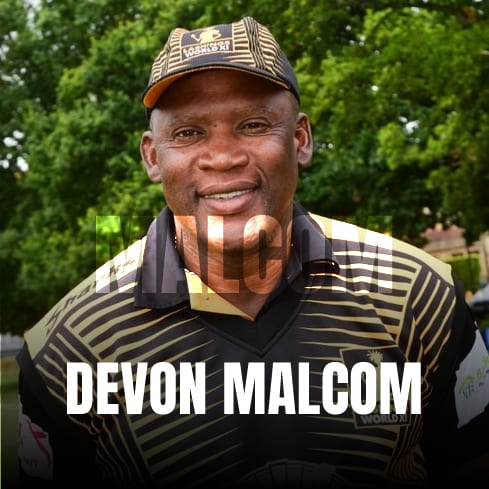 One of the quickest English bowlers of the modern era, but criminally unappreciated by some of the game’s overlords who should probably (cough, Ray) remain (cough, Illingworth) nameless.

Graham Gooch once said of Devon that the only way to get him to do what he actually wanted him to was to instruct him to precisely the opposite.

The other way to fire him up was to hit on the helmet, a mistake infamously made by Fanie de Villiers at the Oval in 1994, an incident which provoked Devon’s famous 9-57 performance. 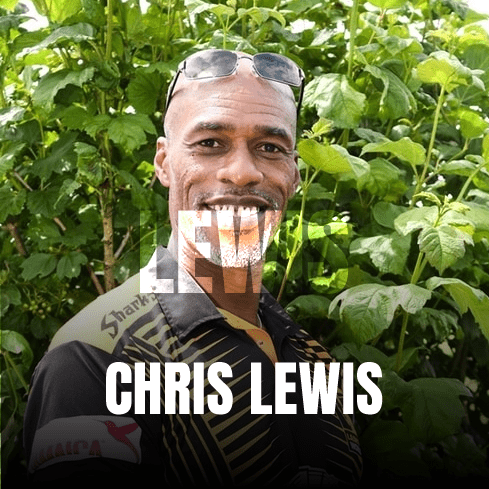 England’s all-round hope from the early 90s and star of their run to the 1992 World Cup final, Chris subsequently diversified into what might diplomatically be described, other commercial enterprises, as detailed in his book: “Crazy: My road to redemption,” and the accompanying stage play. 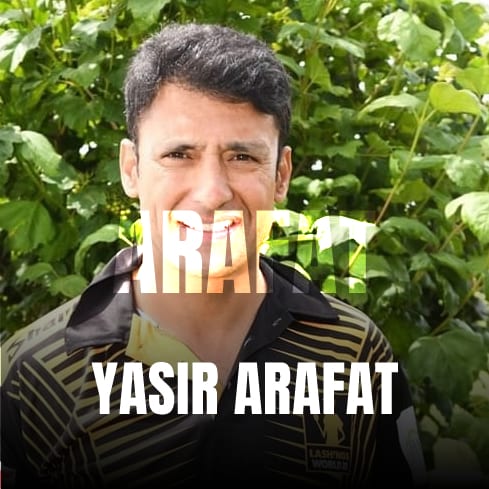 Capable of smashing a quick 50, anchoring an innings, pinging out a few wickets and disciplined death bowling, the Pakistan all-rounder has arguably been “Mister Lashings” for his service over the past decade.

Having starred in pretty much every cricketing nation on the globe, Yas has, if we’re allowed to twist a comparison, had more clubs than Tommy Docherty. 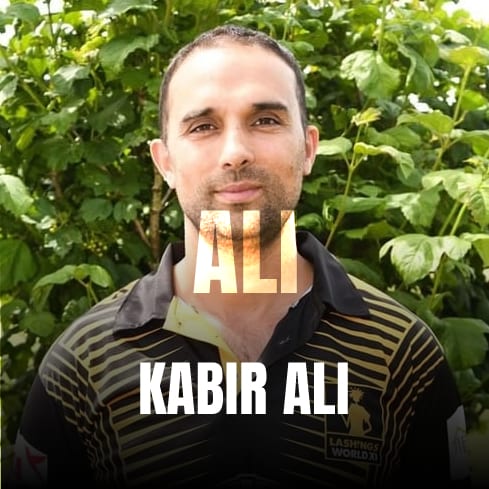 England international who played in 14 ODIs and a test against South Africa in 2003, Kabir, whose nickname evolved from “Kabby” to “taxi,” claimed precisely first-class wickets 500 in a career that took him to Hampshire, Lancashire and Worcestershire.

Also famed for his inclusion in Asian Woman & Bride Magazine’s list of the top 50 most eligible bachelors in Britain. 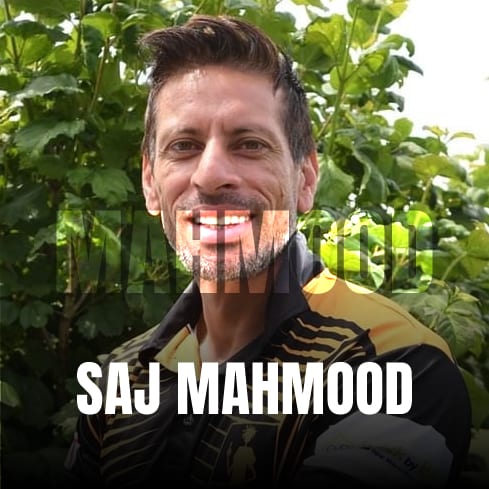 Bolton shelf-stacker turned multi-format international fast bowler, Saj emerged from Lancashire league cricket to forge a career that saw him claim 329 first-class wickets, including 53 in tests, ODIs and T20 matches for England, thanks largely to an action whippier than a popular ice cream franchise.

As well as starring for his home county he also played for Essex and Western Australia. 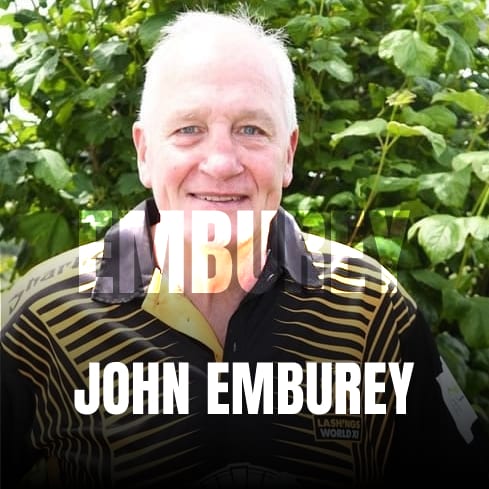 Like Mike Ehrmantraut in Breaking Bad, Embers seems to get ever more lethal with age.

He may no longer leap to the wicket with the gazelle-like movement he once displayed in his yoof, but he can still open up a batsman like the proverbial can of beans. Still capable of skittling the opposition in an over or two, a very handy quality when the sun’s setting and there’s still a three-hour drive home. 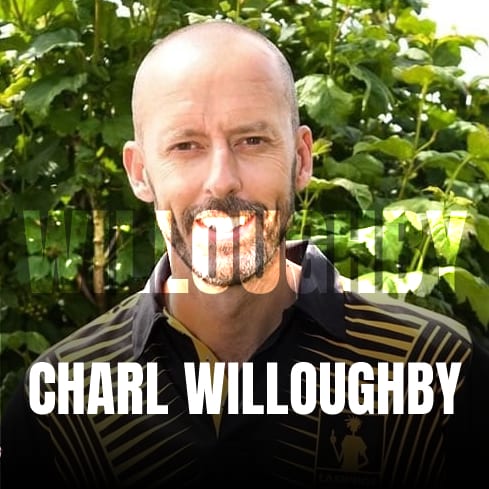 South African international who, like an Athletics coach in an old folk’s home, was capable of generating pace in the most lifeless of venues.

Played for Somerset, Essex and Leicestershire during a first class career that lasted for 18 seasons and saw him claim 848 wickets. 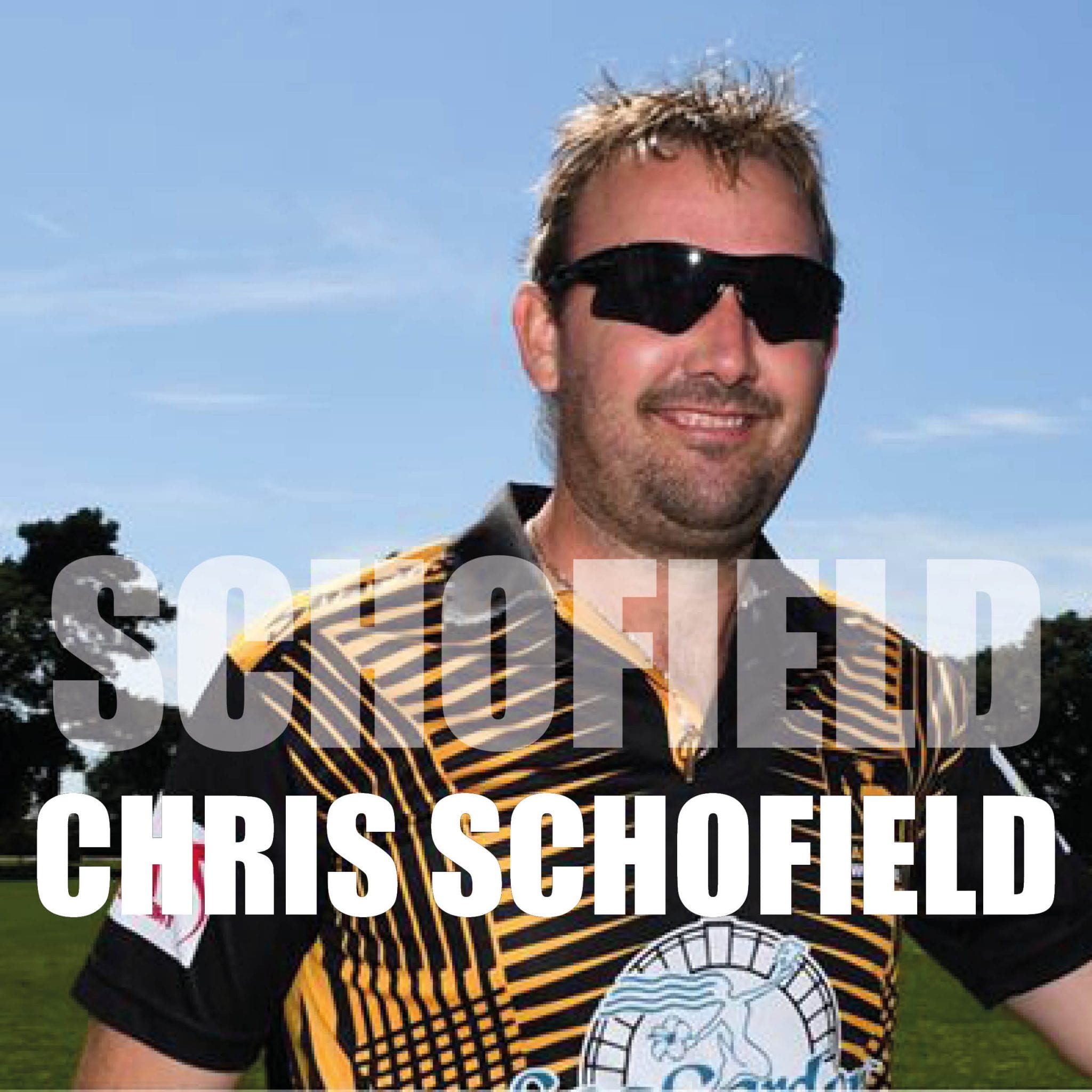 One of Lashings’ most loyal servants and a stand-out performer with both bat and ball for so many seasons we’ve lost count, Schoey was once the bright young hope for English leg-spinning.

Made six appearances for the national team and claimed 237 first-class wickets during a career that took him from Lancashire to Surrey and averaged a very handy 29.86 with the bat. 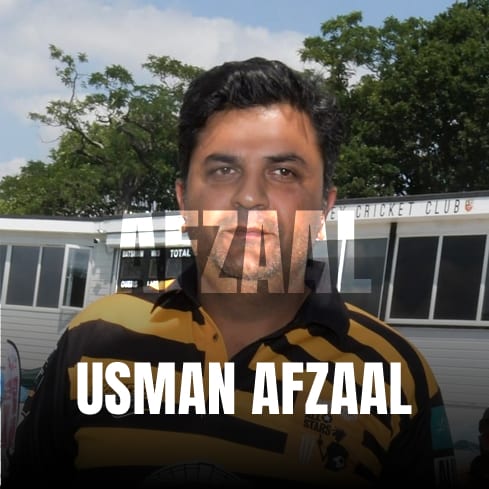 A former Notts, Northants and Surrey middle order batsman, Usman came to prominence with a superb 150 against Glenn McGrath’s Worcestershire in 2000 and made his England debut in 2001.

Having scored a test half century against the awesome Australia bowling attack in 2001, Usman finished his playing career with over 14 thousand first class runs to his name. In 2017, Usman launched his own coaching academy in order to develop aspiring young cricketers. 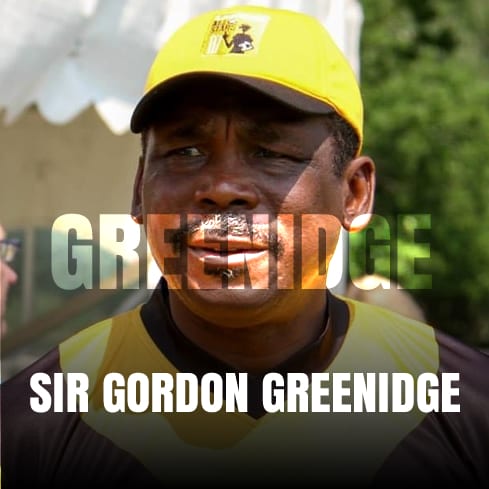 Quite simply one of the greatest opening batsman to have played the game. Scoring over 7500 test runs in the great West Indies side that dominated international cricket for nearly 20 years, Sir Gordon Greenidge was a mainstay of the team, forming a devastating opening partnership with Desmond Haynes.

A legend for both Barbados and Hampshire, Greenidge has over 37,000 first class runs to his name and we are delighted to welcome him back to Lashings for the 2021 season. 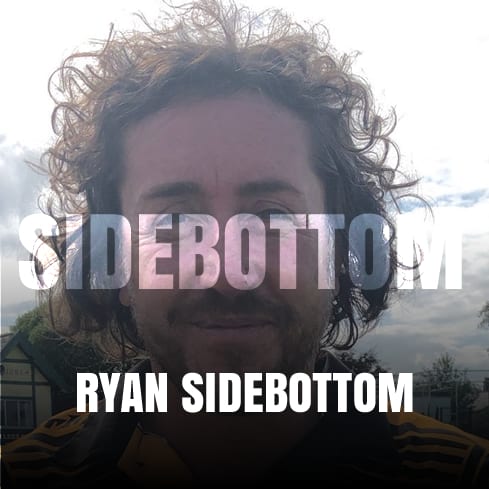 Fiery Yorkshireman with a distinctive Mick Hucknall hairstyle, Ryan took 79 test wickets in 22 matches, in a career that also saw him claim 762 first class, 198 List A and 93 T20 victims.

Brilliant county performer for Yorkshire and Nottinghamshire and good enough at football to have once interested Sheffield United. 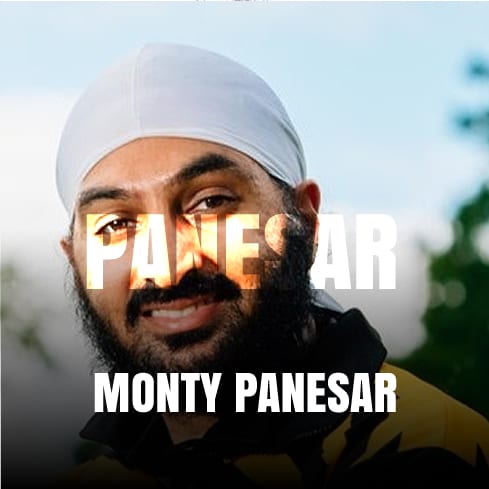 The Tendulkar-dismissing GOAT, the Luton Legend is one of England’s finest spinners of the modern era, using his preternaturally long fingers to claim 167 test wickets.

A world-class bowler and an economy class fielder, Monty was always a favourite with the fans, but he had darker chapters during his career and opened up on his mental health struggles in his 2019 book “The Full Monty” available on Amazon. 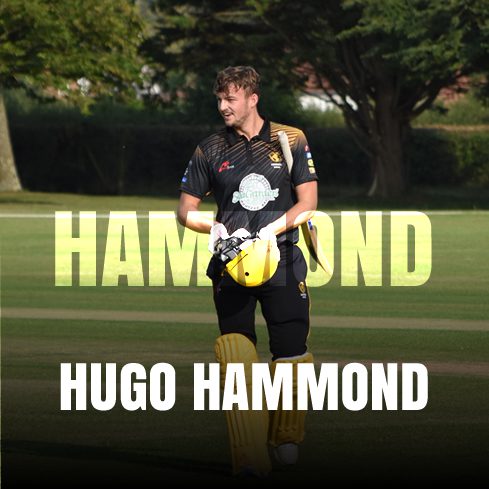 An explosive wicket keeper batsman who has represented the England Physical Disability team on various tours, being a member of the Victorious Squad in the inaugural International Committee of the Red Cross tournament in 2015.

Fresh from a 2021 summer in the ITV2 Love Island villa, Hugo made his Lashings World XI debut at The Ageas Bowl in August last year and we are delighted to have him with us for the 2022 full cricket tour.