It’s an exciting day at Lashings World HQ as we can finally reveal the details of something we’ve been working on behind the scenes.

We’ve teamed up with Test Match Special legendary commentator and Lashings very own, Henry Blofeld, to create 100 limited edition prints of Blower’s ‘Favourite Ever Lashings XI’. If you’ve been following our social media channels you will have seen our recent ‘Best Ever’ campaign. This got so many of you talking and debating who Henry would choose!

We announced Henry Blofeld’s Favourite Ever XI a couple of weeks ago and since then we’ve been working on our limited edition prints to commemorate his chosen XI.

There are only 100 Limited Edition frames available. From today, they are available to purchase for £189.99 (including postage and packaging).

This is your chance to purchase a piece of history. Never before has Henry Blofeld revealed his Favourite Ever XI to the world. 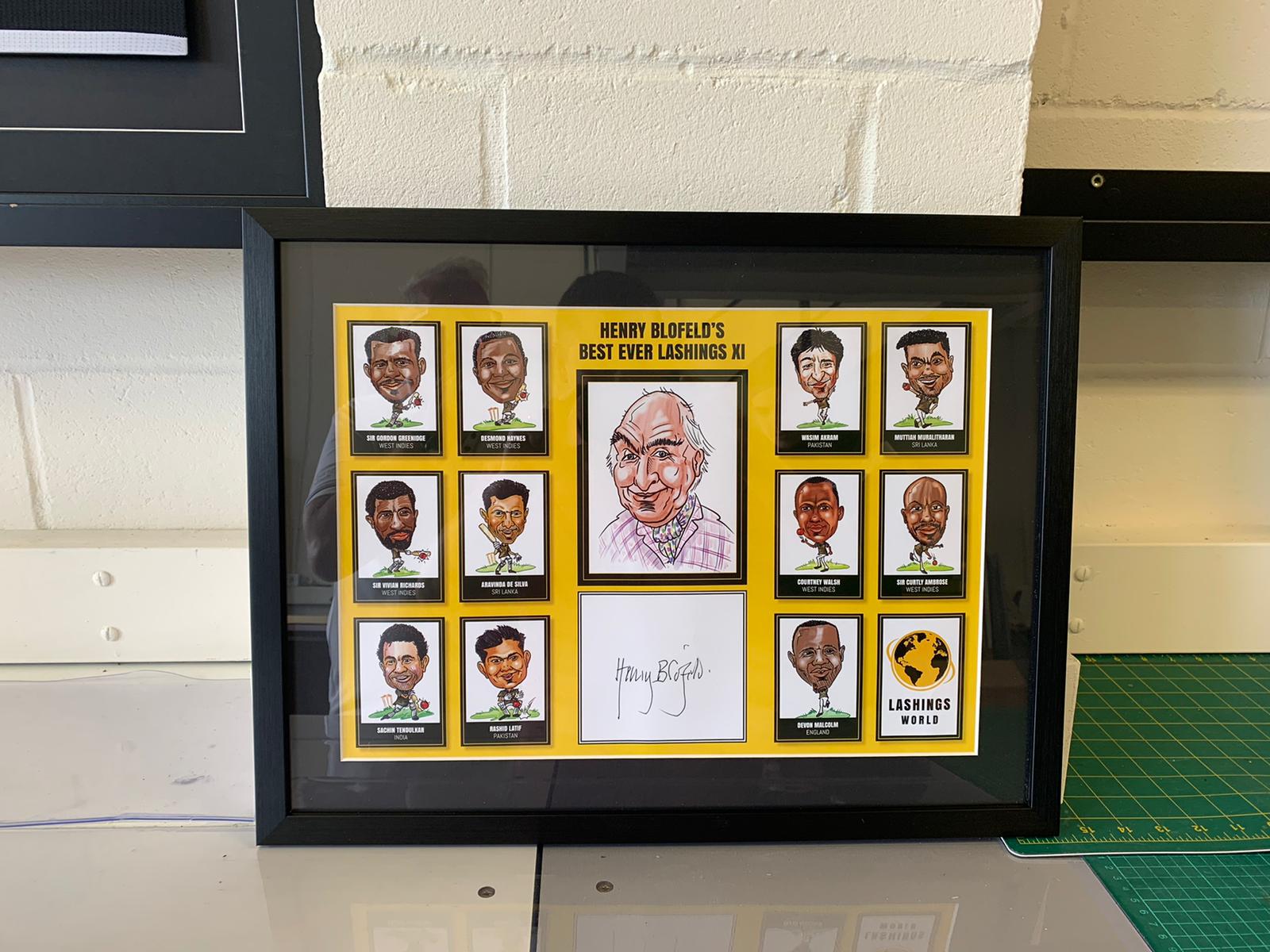