In 1984 Lashings Bar in Maidstone was challenged to a game of cricket. After being let down at the last minute and having already booked the famous Mote Park, the Minstrel Bar was desperate to find some sort of opposition. Thus, the gauntlet was thrown down in the general direction of Lashings, which happened to be only 200 yards up the road. What happened next is the stuff of dreams.

The very next day saw the hastily formed Lashings team consisting of players who had, at best, a passing interest in the sport, complemented by one or two who had been all but press ganged made their way to the famous former home in Kent.

The captains met, the coin was tossed, and Lashings were ordered to field. After the 1st innings the bowling attack had been dispatched for 323 runs. In reply Lashings were all out for 29. David Folb declared there and then that a defeat of that scale would never happen again. 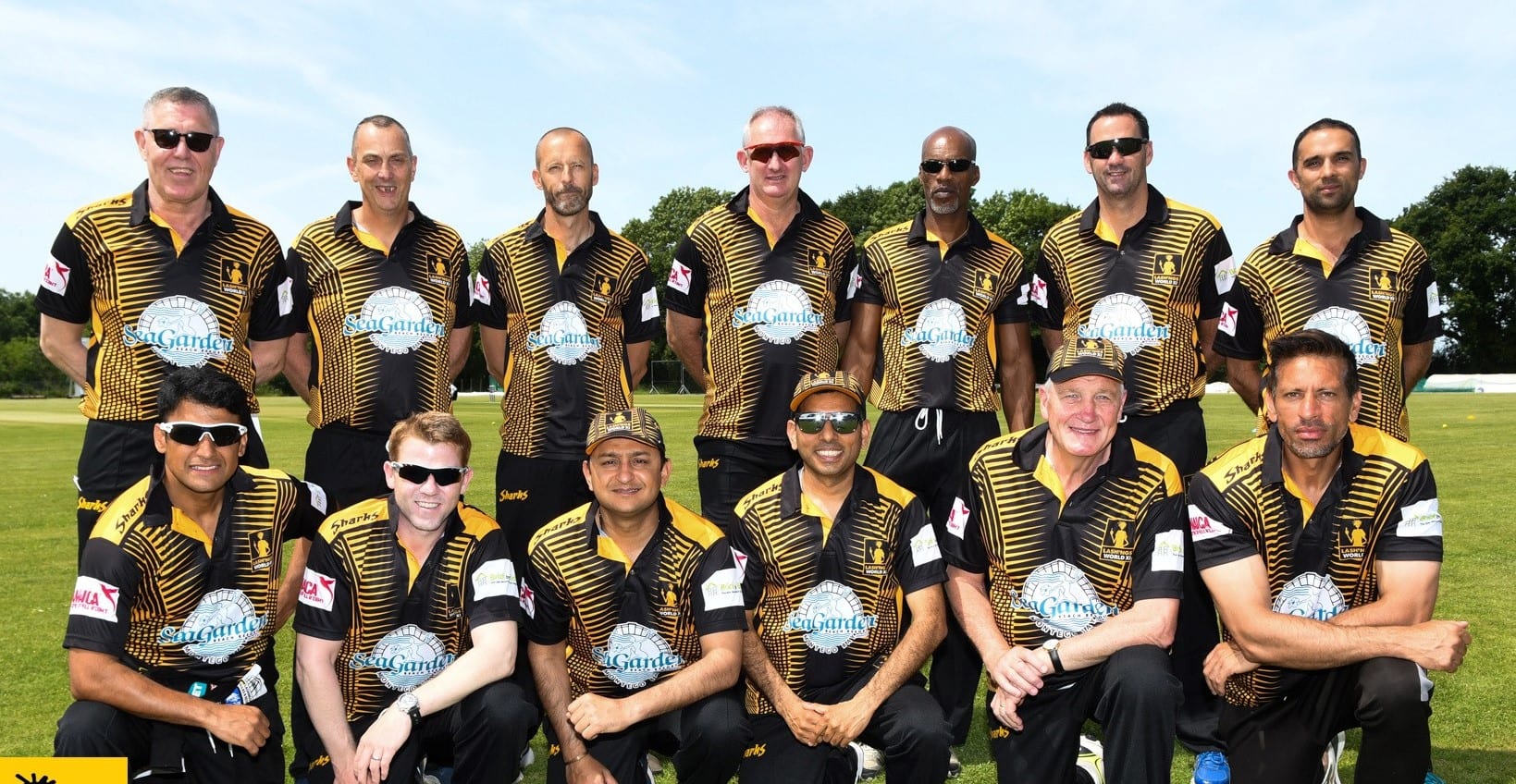 New players were introduced as teammates, starting with the newly retired Richie Richardson, Shoaib Akhtar, Muttiah Muralitharan and Brian Lara. From this moment the cricketing public sat up and took notice as they swept through the Kent leagues. Often playing in front of big crowds and always having time for an autograph and a photo.

Soon the challenges came in from far and wide with the early seasons often totalling 15 or 20 games. Next with the new qualification of having to have represented their country at either Test or ODI, the events soon became fundraising opportunities for the host club, too.

It was in 2004 at one of those events where Scott Charlton was introduced at a game hosted by BAT (now Totton and Eling) who were then champions of the southern league. After the game Scott remembers being asked by Folb and Richie Richardson (who coined the nickname The Voice after first hearing him on mic!) what he was doing the following weekend. He hasn’t missed a game since.

The meteoric rise of Lashings showed no sign of abating, season after season the tour grows in numbers and one legend followed the next as their ranks were swelled with current and recently retired stars from around the world. Meanwhile, initially with Roger Dakin and then with the legendary Kent comic Dave Lee the Lashings lunches had started to become the stuff of legend as well.

Scott Charlton and David Fitzgerald didn’t hesitate to purchase the Lashings brand in the winter of 2018 and their vision has moved the product on to yet dizzier heights.

With over 4.1 million hits through social media in the first 18 months under the new ownership, over 10.000 people entertained in marquees alone in 2019, they have raised over £230,000 for clubs and charities in the 2019 calendar; plenty of evidence to predict that 2020 will be be even more prolific.