Henry Blofeld recently selected his all-time Lashings XI. Fred Atkins takes a look at his selections and their history with Lashings over the last 25 years.

You have to start with RICHIE RICHARDSON, because without him Lashings wouldn’t exist. Along with David Folb, he had the idea to have team of international stars playing exhibition matches and together they turned it into reality.

We take the conveyor belt of international talent for granted now but back in 1996 a journalist called Mark Bristow walked into the office of the Kent Today newspaper and was asked if had any stories. “Yes actually,” he replied. “Lashings are signing Richie Richardson.”

Kent was such a sporting backwater that Bristow would probably have received less derision if he’d announced Gillingham were about to sign Romario.

It wasn’t that unusual for internationals to sign for club sides in the north of England, but this was unheard of and Folb was a genius when it came to generating publicity. The line that Lashings was a pub team was actually a bit of a myth. It was a pub team when it had formed a decade earlier, but by the time Richie signed it was one of the best league sides in the area and it was common for clubs at that level to sign promising overseas players.

MUTTIAH MURALITHARAN was a case in point. He’s the exception in Henry Blofeld’s recently selected All time XI, in that almost everyone else who played for Lashings was already famous, whereas greatness awaited Murali. He was turning his arm over on park pitches around Kent, almost completely unknown except to a handful of hardcore cricket fans.

Richie’s signing took Lashings into another dimension. I started working as a reporter for the Maidstone News in 2000 and David Folb was a saviour because being a sports reporter in Maidstone was like being an Ice Hockey correspondent in Cairo. You’d be an hour from deadline, wondering if you could make a back page lead out of a petanque tournament in Snodland when David would ring and say; “Fred, I’ve signed WASIM AKRAM.”

This happened a lot in the early 2000s, when the team was probably at its strongest. On one occasion we played Kent at the St Lawrence with a bowling attack that included Wasim, Waqar Younis, Allan Donald and (I think) Murali, yet even in a team full of international stars, there was still a dressing room hierarchy.

When Sir Viv Richards played for us the rest of the team would bow and say “we’re not worthy” in the dressing room, but if you asked any Lashings player the opponent they least liked to face, they invariably said Wasim because as humiliating as it was to get smeared in 360 different directions by Viv, you were at least fairly confident you were going to finish your innings with 10 toes, which was never guaranteed when you faced Wasim.

At that point in the mid 2000s about the only player in the world who could have raised the club’s profile was SACHIN TENDULKAR.

There’s not a lot of point in adding to the several billion things that have already been said about Sachin as a cricketer, but you can often learn more about someone just by watching and observing how they interact with people than they ever can from an interview.

Sachin was almost diffident when he was with us, humblingly, unfailingly polite to absolutely everyone he dealt with.

Politeness was always part of the players’ ethos. Things could occasionally get fraught on the field (specifically when Tino Best was getting into a debate on the boundary at Bexhill, or bowling 90 mph bouncers at tailenders in the dusk) but there was nothing worse than seeing someone snubbed by a player he’d idolised, so that was and still is the house rule. No one is allowed to refuse an autograph.

Sometimes players would be both genial and legendary, such as DESMOND HAYNES and his opening partner GORDON GREENIDGE, who had me at “Hello, I’m Gordon.”

You could say the same of DEVON MALCOLM, who must have told the story about taking 9-57 after getting hit on the helmet by Fanie De Villiers a thousand times, but still manages to make it sound as if it’s the first time anyone’s mentioned it since 1994 when he’s on stage.

Some of the players were as revered for their time in county cricket as they were for their international achievements. I’m a lapsed Kent supporter and before I lost my faith ARAVINDA DE SILVA was one of a series of outstanding overseas players we had during the 90s. He was only there for a season but he’s still spoken about with an almost mystical reverence, probably because in the 25 years since he helped “us” to win the Sunday League title, “we” have won precisely one trophy.

RASHID LATIF’s cricinfo entry says he has a “penchant for controversy” but I’m sure he’d much rather have been remembered for his wicket-keeping. Instead he’s equally famous for speaking out against corruption and match-fixing in the industry, which shouldn’t really be a controversial take and yet somehow made him more of a pariah than some of the crooks he was denouncing.

You could put him in the same bracket as Henry Olonga: in a sane and just world he should have been playing international cricket into his thirties, but he ended up giving us some of his best years for reasons that had nothing to do with sporting merit.

And while I’m not equating it to the struggle of the millions Robert Mugabe was starving, if he hadn’t had to flee Zimbabwe after the 99 World Cup, Henry wouldn’t have indirectly caused the single most embarrassing moment of my life.

One of the attractions of cricket is its theatricality and there aren’t many better showmen than COURTNEY WALSH.

By 2006 I was sports editor of the Kent Messenger and David Folb invited me to play for Lashings as a guest. Courtney wasn’t even supposed to be playing but at the last minute Chris Evans pulled out and Courtney was drafted in as his replacement.

This was a bit like turning up for a date with Ann Widdecombe only to find out she’d sent along Halle Berry instead, but when we were fielding Henry Olonga asked if we could swap places and the next delivery came right at me.

My brother later described what happened next during his best man’s speech at my wedding, saying: “It was a catch so easy Monty Panesar could have taken it, while being shot through the head.”

I dropped it and he looked at me like Don Corleone after telling him I’d impregnated his daughter.

We laugh about it now. Well, he does.

*At that point I had no idea I’d end up helping Monty write his autobiography. I neglected to mention the speech during our interviews. 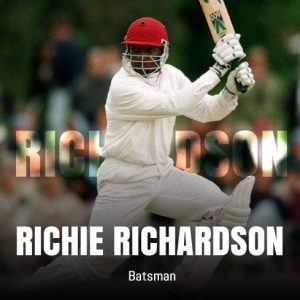 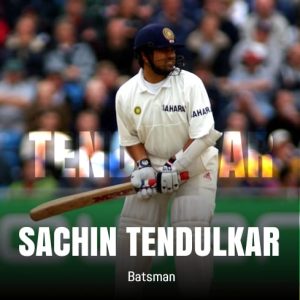 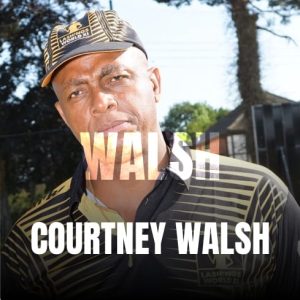 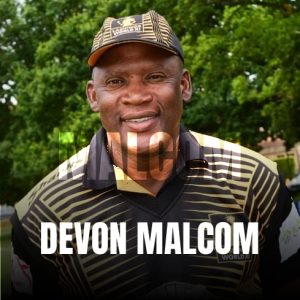