Shortly before his death in 2004, the broadcaster John Peel, made a confession in his autobiography.

Peel had been a Liverpool supporter almost from birth and had once described hating Manchester United as “intrinsically the right thing to do,” but when Liverpool played United he admitted he could no longer watch. “At my age, it gets me more wound up than is good for me,” he wrote.

If you were able to watch the England cricket team this summer you’ll have some idea of where he was coming from, as the tension became almost overpowering. The other love of Peel’s life was The Fall, a group he described as “always different, always the same.”

The “always different, always the same,” description could also be to cricket: it’s one of the oldest, most conservative sports in the world, yet it exists in an almost Maoist state of permanent revolution.

The contest has always been bat against ball and yet it’s evolved and metastasised into a kind of organised chaos with four formats and counting.

And, until this year, its World Cup finals habitually had one-sided conclusions, but always in slightly different ways. The one constant is that there’s always a Lashings connection… 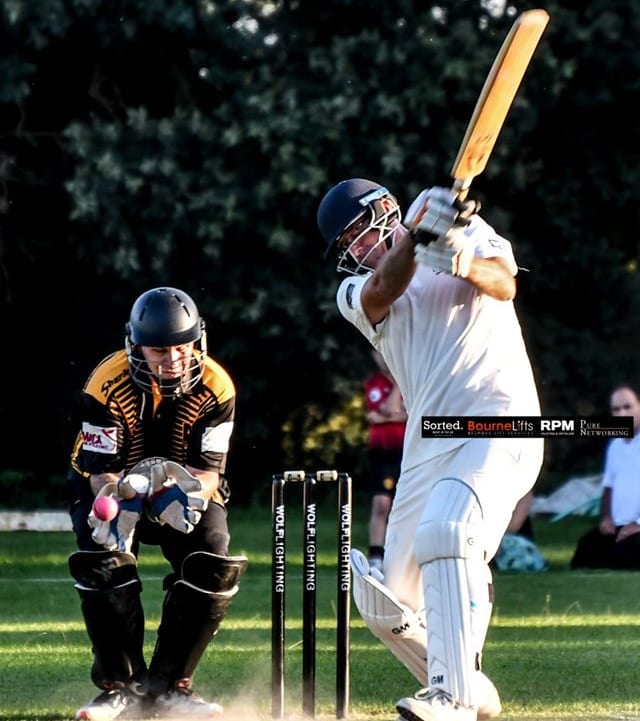 Rating:
6 out of 10. A classic “arm’s length” final in which Clive Lloyd’s 102 gave West Indies a platform of 291-8 and the Aussies, while never entirely out of it, were never entirely in it either, particularly after Viv Richards ran out three of their top order batsmen, including both Chappell brothers.

Rating:
5 out of 10. A match in which Sir Viv scores 138 from 157 balls can never be considered completely devoid of life, but as a contest it was fatally undermined by England’s openers ignorance of the concept of time. Brearley and Boycott’s progress in pursuit of West Indies 286-9 was so Boycottian that by the time they finally got out their team mates had no choice other than to play some nearly suicidal shots. The final eight wickets fell for just 11 runs.

Rating:
7 out of 10. Shock value alone elevates this final above both its predecessors. The West Indies were arguably the greatest team of all time and they dismissed India for 183, but in a result that marked India’s birth as a global cricket power, they skittled the champions for 140. As a contest it was a low-scoring affair, but its impact is still being felt today.

Rating:
6 out of 10. Until this year, the narrowest winning margin. Seven runs doesn’t sound like a lot but the outcome was seldom in doubt, from the moment England batsman Mike Gatting went against the pre-match advice of England captain Mike Gatting and attempted to reverse sweep Allan Border during the run chase.

By modern standards the 17-run target from the final over wasn’t insurmountable, but the batsmen were Neil Foster and Gladstone Small. You can measure how far the game has evolved by the fact England fielded only five recognised batsmen, plus a specialist wicket-keeper in Paul Downton at six. When commentator Tony Lewis said “two sixes will win it,” with 12 needed from the final two balls, his co-commentator Jack Bannister actually burst out laughing.

Rating:
7 out of 10. The relatively one-sided finale was offset by the importance of a first World Cup victory to Pakistan. It was third time unlucky for England, who were still in the hunt chasing 227 all out when future Lashings player Wasim Akram removed Alan Lamb and future Lashings player Chris Lewis with successive deliveries.

Rating:
7 out of 10. As with India’s triumph in 1983 and Pakistan’s in 1992, the result echoes down the years more for its value to Sri Lankan cricket than for the game itself than for any tension at the end. This was chiefly down to the imperious Aravinda, who hit an unbeaten 107 against a bowling attack that included Waugh and McGrath.

Rating:
1 out of 10. A complete non-event, especially after the epic semi-final between Australia and South Africa. Pakistan were bowled out for 132 and Australia took just 20.1 overs to knock off the runs. No less than seven of the Pakistan side would, however, go on to (ahem) greater things with Lashings.

Rating:
3 out of 10. Preferable to the 1999 final in the same way that blowing your left knee cap off is preferable to blowing both your knee caps off. Another non-event, Australia’s brutality making for a spectacular first innings but a futile run chase.

Rating:
2 out of 10. By now Australia were really taking the fun out of the World Cup, although it would be pushing things to blame them for the farcical finale, when the umpires suspended play for bad light and no one knew if the game was over or could be carried over to the following day. The Sri Lankans eventually faced the last three overs in conditions best described as Stygian, needing an almost impossible 61 runs.

Rating:
6 out of 10. To say this was a dramatic improvement on the previous three finals is a bit like saying watching a Boycott innings is a dramatic improvement on going on a holiday to France with him, but it was another “arm’s-length” final, where India always looked likely to chase down Sri Lanka’s 274-6, even though Tendulkar fell early on for just 18. Murali was economical but wicketless and India reached the target with ten balls to spare.

Rating:
4 out of 10. Another dream-shattering performance from the Aussies. New Zealand’s brilliant but risky aggression carried them through the tournament but their luck ran out in the final as they slumped to 183 all out. Australia’s canter to victory in the 34th over was unremarkable. What is remarkable is that the Lashings brains trust can think of no connection to either side for this final.

Result:
England beat New Zealand through the use applied witchcraft.

Rating:
10 out of 10. It took 44 years, but we finally got a genuine “banger” of a final, with a level of tension not seen since the Cuban missile crisis. Constant fluctuation and an almost absurd, thousand-to-one deflection off Ben Stokes’ bat in the final over that left the scores tied, before England prevailed due to a mythical creation known as a super-over. We’re putting it all down to the presence of Saqlain in the England coaching ranks.